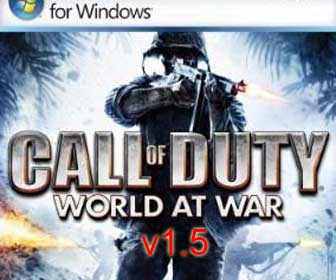 There was a new patch / update released today to the PC game Call of Duty: World at War. It is version 1.5. The PC patch/update is about 974 MB. So it might take a few hours to download for some of you with really slow Internet connections. I uploaded the COD WAW 1.5 patch/update on the ClearTechInfo.com server for your download pleasure.

EDIT: The COD: WaW 1.5 patch mentioned in this article was released in July of 2009. I hosted the patch on my server for a few months. Since then I have taken the patch down, it is no longer available from my ClearTechInfo.com host.

I have a question for all COD WaW PC gamers! What MP servers do you play on (name and IP)? I am always looking to checkout and play on new COD WaW MP servers. Also do any of you like to play Nazi Zombie CoOp? There are very few servers for this setup online, sometimes none.
[adblockingdetector id=”3″]