Starcraft 2 System Requirements (Can’t play it on your computer?) 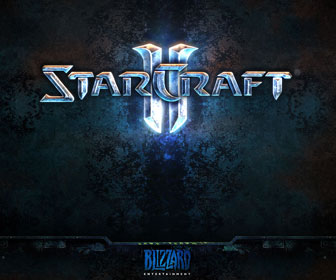 The original Starcraft was released on March 31st, 1998. With its release came a plethora of die-hard Starcraft junkies that could not get enough of the game. Years later Blizzard announced they were working on a Starcraft 2. Starcraft junkies were hoping year after year Starcraft 2 would hit the stores shelves with no luck.

EDIT: Blizzard, the makers of Starcraft II have officially raised the minimum and recommended PC and Mac system requirements on February 6th, 2014. The new changes have been reflected below.

Now, finally, one of the most anticipated games of all-time has been release today, July 27th, 2010… over 12 years after the initial release of the original Starcraft. The new Starcraft II Wings of Liberty was programmed with a totally new 3D graphics engine that is capable of handling visually stunning landscapes and larger armies than were possible in the original Starcraft.

VERY IMPORTANT: The original version of Starcraft may play flawlessly on your older computers at high graphic settings. But the new Starcraft 2 will NOT play on the same old computers. If SC2 does play on your older computer, it will not run nearly as well as SC1. With its new 3D graphics engine Starcraft 2 demands a lot faster computer with a good, modern graphics card. Checkout the Starcraft 2 system requirements below BEFORE you buy it for your PC or Mac. If you are unsure of any particular computer specification you may have that is not a problem. Just follow this tutorial and it will show you how to find all your PC system specs.

In case you didn’t read what I wrote above, yes, the below requirements apply to Starcarft II Heart of the Swarm, not just the original SC2 base game.

If you have any QUESTIONS about INSTALLING STARCRAFT 2 or are not sure if your computer is COMPATIBLE, feel free to ASK FOR HELP BELOW!
Newbie Questions Welcome! 🙂
Starcraft II Launch Trailer [adblockingdetector id=”6″] Starcraft II Legacy of the Void – Environments Preview