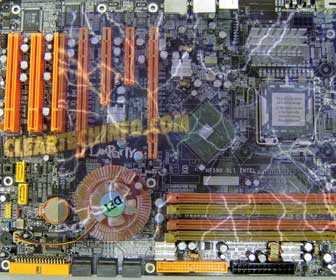 I had been working for about a year with a computer company. I was given a computer to take home. It would be used to demonstrate my company’s PC hardware products. At the time it was a really nice computer with all the bells and whistles every computer gamer would want. My personal computer went down one day and was unrecoverable without purchasing some parts. I didn’t have the money for the new parts so I took the opportunity to combine the best parts of both computers and make an outstanding one.

[adblockingdetector id=”2″]I stripped both computers and ended up using my home PC case with the work computer motherboard as well as other parts mixed in. I had built or upgraded computers about 20 times at that point in time and it turned out to be another successful computer build. Weeks went by and everything was well. The time came when I had to place all my original work computer parts back into their original case. I did so with success or so I thought. When I pushed the power button to turn on the work computer… nothing happened.

I probably just forgot to plug something in correctly, I thought to myself. I double checked all connections and they were perfectly in place. I had no clue what was going on. After taking a break I realized that I rebuilt my work computer while I was standing on carpeted floor. I also carelessly did not use an anti-static wrist strap. My shoes slightly rubbing against the carpet created enough static electricity in my body to fatally damage a delicate computer part. I had probably transferred the static electricity to the CPU, motherboard or both. Whatever I transferred static electricity to died instantly.

Luckily the company I worked for didn’t get mad at me or anything and replaced the whole computer.

Moral of the Story: When upgrading or building a computer be sure to not do it while standing on a carpeted surface or anywhere you can be infected with static electricity. The best type of flooring to use will be a wooden or tiled floor. Also be sure to properly use an anti-static wristband for extra security.
[adblockingdetector id=”3″]