I Am Addicted to the New MMO PC Game “Aion: The Tower of Eternity” 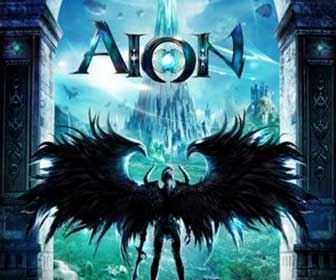 I have a confession to make… I have been neglecting this site for the past 2 weeks because I have been using any free time by a computer to play the new game, Aion: The Tower of Eternity. It is the first massive multiplayer online role playing game (“MMORPG” or “MMO” for short) that I have ever played and I am addicted to it.

[adblockingdetector id=”1″]So far I have made it to a “Level 19 Assassin” and have joined a “Legion” (aka “Guild”). Yes I know, this is over-the-top nerdy, even for me, LOL. I come from the First Person Shooter gaming genre and have never played an MMO game in my life. MMO games are not action-packed like first person shooters but they have a huge storyline and are filled with tons of adventures (“Campaigns” and “Quests”).

If you are unfamiliar with the MMO gaming genre, they must be played online and usually have a few hundred (real) people on a server at once, if not over a thousand. The most I have ever seen on a first person shooter game server is 64. I would have written an official “review” of Aion (pronounced “ee-yon”) but since this is the first MMO game I have played I do not have any other MMO experiences to compare it to or dive deep into any aspect since I am really an MMO Newbie. I will write about my experiences so far just as a general blog post and not a review.

Aion has very beautiful graphics. Veteran MMO gamers I’ve chatted with told me it has the best visuals out of any MMO game they have played. It has four main classes to choose from which are Warrior, Scout, Mage and Priest. Once you hit level 10 you will be given the choice to specialize in an advanced class. This site will go more into detail about Aion Classes.

You “level-up” by completing campaigns and quests. Once you level-up to somewhere in the mid-teens there are campaigns and quest that cannot be completed alone. You must “group” with other players to complete them. Once you get enough money from missions you are able to purchase higher powered weapons, better armor, spells and other items. A really cool thing I like is that you literally earn your wings and are able to fly around a lot of the maps, even go into battle while flying.

I have 3 main complaints so far. Similar to most MMO games I have to pay a monthly fee, which is $15. Since I am paying $15/month I would like for the Aion servers not to crash on me almost every other day which it does at least when I am playing. A complaint about gameplay is that it does not offer in-game voice chat like a lot of first person shooter games do. It would be great to be able to get in a voice chat with everyone in your Aion Group while you are fighting creatures and completing campaigns and quests.

If you are interested in playing the game I highly recommend checking to see if your computer meets the system requirements listed below.

Tags: Aion Can You Run It, Aion System Requirements, Aion: The Tower of Eternity Review