Call of Duty: Black Ops 2 System Requirements (Can You Run It?) 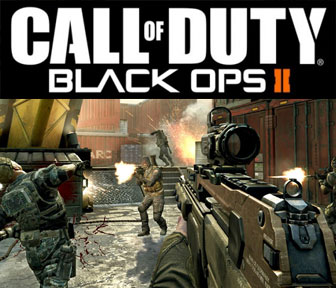 Call of Duty: Black Ops 2 includes performance optimizations which is great to hear. I remember when I first played Black Ops 1, it was a little laggy. The lag wasn’t cleared up until a few patches were released and I also created some optimizations to speed up the game.

[adblockingdetector id=”1″]Call of Duty: Black Ops 2 was released on November 12, 2012 on Steam. It was released the next day through retails stores. Since then 3 updates have been released (as of this writing). The updates fixed several errors, crashes and compatibility issues. COD: Black Ops 2 should update automatically as long as you are logged into Steam and connected to the Internet. Other than that the only other reasons BO2 will not update is if you select Not to update or if you have a pirated version of Black Ops 2.

I have been using my free time to play several PC games including Black Ops 2. I played a lot of Nazi Zombies and some Multiplayer where I Prestiged just once. As always I never finished the single player mode since it bores me, I want to kill characters controlled by real people. So far I have noticed this version of Call of Duty runs super smooth on my computer (I play at max graphic settings). The graphics are very good for today’s standards and the newly added game modes to the COD series helps make this game something I want to play over and over again. If you ever see me in your multiplayer or zombie game don’t be shy to say “Hi”. My in-game name is “Nero”.

If COD: Black Ops 1 runs very smoothly on your computer at Medium or higher settings then Black Ops 2 is 100% compatible with your computer. Black Ops 2 will just run a little slower than BO1. So if you are used to playing BO1 at Medium graphic settings you might have to turn down the graphic settings to Low when playing BO2. You will not notice any difference in game speed until you are surrounded by enemies firing at you from different sides or if there are multiple explosions near you, that is when the lag kicks in.

PLEASE NOTE: For those of you that have built-in / integrated graphic cards on your laptops or desktops I do not recommend buying this game. There are few exceptions, yes a FEW exceptions. If you have an Intel HD 3000 or 4000 integrated graphics card AND an Intel Core i7 or Core i5 processor with AT LEAST 4 GB of system RAM then Black Ops will run DECENTLY on LOW graphic settings. If you have an integrated ATI, AMD or nVidia graphics card that runs as fast or faster than the Intel HD 3000 plus the CPU and RAM specs I mentioned above then BO2 will also run decently using low graphic settings.

[adblockingdetector id=”5″]There are dozens if not hundreds of different integrated / on-board graphic card models out there. I don’t expect the average person to know about all of them. So if you do not know how fast your integrated / on-board graphics card runs just post a comment below asking about it, along with your CPU and RAM specs (what version of Windows or Mac you are running will also help).

Some people are thinking.. “I want to know if my PC can run Black Ops 2 but I don’t know my computer specs. How do I find my computer specs so I know for sure if I can run it?” I created a step-by-step video tutorial that takes you by the hand and shows you exactly how to look up your computer specs.