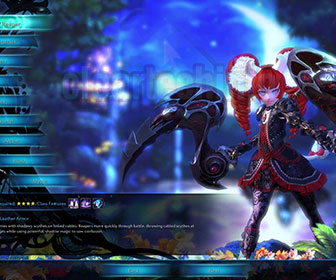 [adblockingdetector id=”1″]Within the Tera character creation video I go over how to make a Reaper. Tera limited the creation of the Reaper class. You can only create a Reaper if you have a level 40 or higher character already on the same server. I will give an example of how this works. Let’s pretend you have a level 40+ toon on the Mount Tyrannas server and no toons 40+ on Valley of Titans. If you attempted to make a Reaper on Valley of Titans you will get an error message saying that you cannot create a Reaper because you have no 40+ characters on VoT. You can only make a Reaper on the Mount Tyrannas server.

I forgot to go over one thing in the Tera Character Creation video guide. The Tera Character Name Rules.
• Characters names are unique per server. You can create a character with the same name on every server as long as the name is not already taken on each individual server.
• The maximum character length is 20 characters.
• The minimum character length is 3 characters.
• You can use the following characters [A-Z] or [a-z] and [.].
• Spaces are not allowed in character names.
• The first letter will be capitalized as well every letter after a period. Example “First.Middle.Lastname”.
• Capital letters cannot exist in the middle of a word. For example: “firSt.laSt” is not allowed.
• Periods are only allowed in the middle of the name, periods cannot follow another period, and no more than two periods can be in the name.

In the Tera Character Creation & Making Reaper Video Tutorial below I go over the following user character creation aspects…
01. Brief run-through of the races in Tera: Human, Castanic, Aman, Popori, Elin, Baraka & High Elf
02. Brief scan of the classes in Tera: Reaper, Berserker, Lancer, Slayer, Warrior, Sorcerer, Archer, Priest & Mystic
03. I make an Elin Reaper
04. Brief run-through of cosmetic Presets, Cosmetic Features, Face Details, Adornments, Fine Details, Outfit previews & Character Voice
05. Tera Character Name Creation Guide: Tutotial on how to create a name for your toon, what happens when you select a name that is taken and what happens when you select a name that is not taken.
06. Finish up the Tera character creation process and make a Reaper.

If you have any QUESTIONS or COMMENTS about this Tera Character Creation Tutorial Video Guide or have other questions relating to Tera, feel free to ASK FOR HELP BELOW!
Tera Newbie Questions Welcome! 🙂
[adblockingdetector id=”6″]